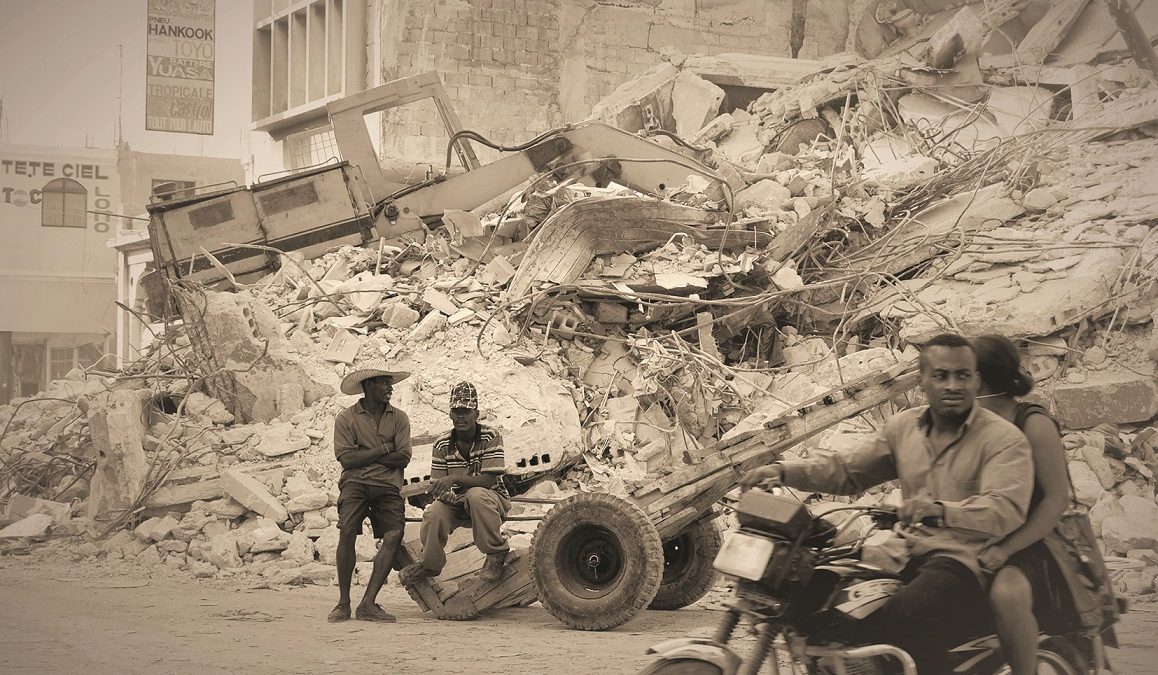 Haiti as a nation has been troubled with natural disasters all of its History but has been exacerbated by earthquake and hurricanes in the past few years which has led to an accelerated rate in the loss of lives and properties.  The impact of these unfortunate events has been daunting on the economics of the nation as a whole because of the immense loss that has been encountered. Economists have proven that entrepreneurship is the way out of the poverty problem; although a market economy, Haiti has, nonetheless, plunged into chronic economic decline despite the effort put in trying to restore it back to how it was before. Foreign aid has increased and so did poverty. This sharpe contrast has led me to a deeper study suggesting that perhaps foreign aid has an adverse effect on entrepreneurship of Haiti as well as other third world countries.

The harsh reality of the Haitian economy

Economic Watch publishing shows a low economic growth of Haiti with over 80% of their population living below the poverty line, which means that Haiti is faced with an economic dilemma as a third world country. Statistics put out by World Bank has served as a harsh awakening to us Haitians on the economic toll these disasters have had on them, the statistics includes a 1% economic growth rate and a 1.2% GDP growth rate in 2017, down from 1.5 % the year before, a full display of how the economy of Haiti has fared from 2013 to date is available on Global Finance.  Haitians are forced to ponder on factors that may be causing the poor economic performance as well as means to pull their economy out of that deep economic depression.

On this quest, two of the suggested strategies by World Bank to tackling the problem are to generate economic opportunities outside the nation’s capital as well as to strengthen human capital, these go in line with the opinion of economist since entrepreneurship is indeed a way to apply these strategies. However entrepreneurship in Haiti faces another problem which is foreign aid, a deeper look into how entrepreneurship has been challenged by foreign aid.

Entrepreneurship and Foreign aid in Haiti

A 2016 study by Vanessa Gowreesunkar and Hugues Seraphin highlights that in Haiti 47% of the labour market are in the private informal sector with 39% involved in agriculture, these numbers go to show how largely dependent the Haitians are on entrepreneurship and this is inevitable a high driver of the economy.

Haiti as a nation has received high figures in form of foreign aid, these aids are not limited to money but extend to labour, services and goods in a bid to help the nation but the economy of the nation remained crippled.  In one of my lectures titled ‘from Aid to trade’ I provided a deeper insight on how this has been happening.

My research, published in my book ‘ From Aid to Trade’  shows that only about 1.6% of funds donated from foreign aid after the 2010 hit reached Haitian businesses. The discrepancies of foreign aid to economic growth has been an issue manifested in third world countries and has brought about suggestions on how to get out of the dilemma and focus more on entrepreneurship like with Dominican republic. It is important to point out that foreign aid is meant as a temporary solution to economic problems of a country with a view that the country will eventually find a way out of their challenges and become more independent and self- sustainable.

References are found in My book From Aid to Trade. Click here to read the book.

djlhaiti, 4 years ago 8 min read
How Haiti could be open for business

djlhaiti, 4 years ago 6 min read
From Aid to Trade

Same to you. I have been extremely busy turning around one of the largest ministries in Haiti. It’s taken all of my… https://t.co/rrLaWJFDVO