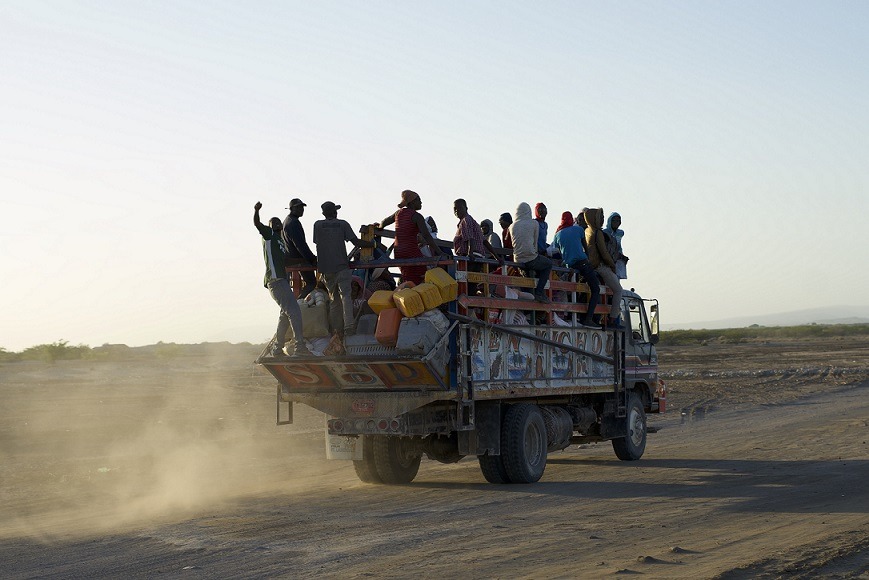 Haiti’s economic and social unrest are not close to ending. The reason is simple: the underlying causes of the trouble have not been resolved. As it turns out, people’s quest for justice is linked to their aspirations for economic development and personal betterment. Something consistently ignored by our leaders, which is a real shame. The same cause produces the same effect. Doing the same thing over and over and expecting a different result is insane, Einstein said. His adage makes sense in most situations and in most countries today, except it doesn’t for Haiti and the other developing countries that are as poor or poorer than Haiti.

In my interview – click here to watch in Kreyol – with Louis Henry Mars last week, he brought up the issue of resources to explain why violence is not ending in our culture. He explains that there is fierce competition for resources, therefore scarcity is driving unrest. Because of the lack of resources, people are in survival mode and resorting to violence. I found this a great way to explain the problem.

Louis Henry Mars’ explanation is true. Haiti’s gross domestic product (the total finished products available) is valued at $8.40 billion in 2018. Per person that equals about $729, a change from $700 from the 1960s. Only thirty more dollars have been added to the GDP per capita in the last 50 years! Other countries that started at about $700 in the 1960s have added up to $ 6,000 worth of value. When the $729 is divided by 365 days, it comes out to be $1.99 on average per day worth of products per capita for the entire economy. This simply means that Haitians were still living in extreme poverty in 2018, just a month ago.

Extreme poverty, as we define it today, has been reduced across the world from 36% to less than 9% since 2000. By the year 2050, 50% of the population living in extreme poverty will live in only two countries: Nigeria and Republic Democratic of Congo, both in Africa. Extreme poverty is no longer a problem around the world, unless you live in countries like Haiti and Congo. Wealth creation is no longer an issue for most countries around the world today. Click here to watch my keynote on this subject.

Another trait common to Haiti and other countries that produce fewer resources and wealth is their consumption level. The population increases faster than their wealth creation. It’s like adding $10 to the $20 already in the bank, but withdrawing $35. The net result is negative $5, which like spending $5 more than you have. This discrepancy is called poverty creation. When the population grew in Haiti at 1.31% in 2018, the GDP per capita grew at 1.5%, a net positive. But when compared over, say, 10 years, the rate of population growth far outgrows the rate of growth of the economy. This discrepancy creates poverty and puts upward pressure on the resources available per person.

How much poorer are we talking about

In nominal terms, Haitians gave birth to 152,210 more Haitians in 2018 at the same time GDP growth was, also on nominal terms, at $126 million. This translates to about $828 per year per capita, which is about $ 2.20 a day, a grossly insufficient amount to sustain anyone financially by any standard. It is a very small increase in GDP growth per capita, considering it went from 1.2% to 1.5% and is still peanuts compare to the need. Let’s agree, for argument’s sake, that the minimum wage set by the government at $ 5.50 per day is sufficient (though we know it isn’t) for the average Haitian. This would mean that the average Haitian is netting a deficiency of $3.30 a day, thus causing them to live in poverty by a greater amount than they actually bring in. They have more unfulfilled needs than they have satisfied ones. In simple terms, most Haitians are living in abject poverty and are creating more poverty by the day.

The problem of Haiti is not fancy economic indicators, barriers to entry, the diaspora, or fancy graphs shown by non-productive NGO executives to raise more money. It is simply that we have more mouths than food, bodies than clothes, and feet than shoes. A lot of the symptoms we see daily are the products of a much more fundamental cause that is not so obvious: Resources available are not enough for the number of people living here and we Haitians are not taking any concrete and real steps to create more resources. That’s the real root of the problem.

How exactly do they do it

Chaos and mass casualties are happening now as we fight each other to get to the available resources first; there are not enough for everyone. And the real reason we don’t have adequate resources is because the political and economical status quo remains the same as our leaders encourage instability and corruption to maintain their illicitly accumulated wealth, even as most Haitians continue to live unproductive lives close to peril. Political and economic elites collide to keep this situation as is. The political elite become rich overnight collecting kickbacks from made-up projects, while the economic elite stay wealthy by agreeing to keep prices of staples and most imported commodities high. This runs against every rule of market competition in Haiti. If we can break this cycle, we will help prevent a civil war and restore dignity to the Haitian people. Otherwise, the end is not for tomorrow.