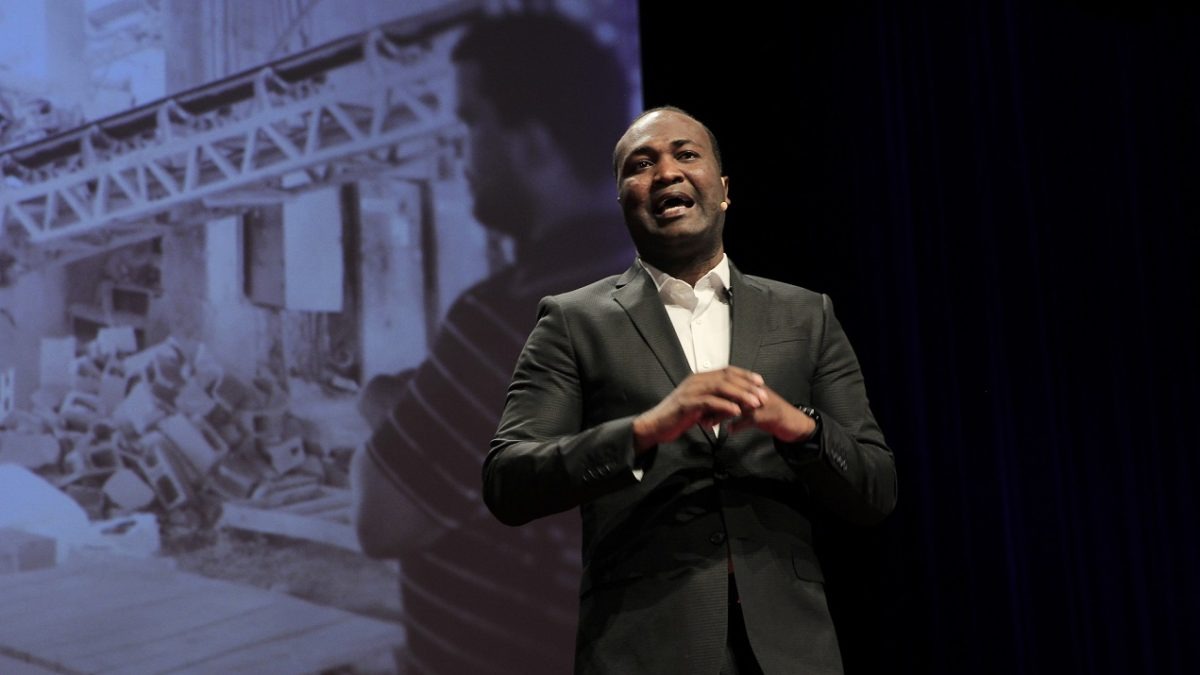 January 12, 2010, Haiti collapsed under a deadly earthquake 200,000 people lost their lives on top of that between 8 to 12 billion dollars where lost in cumulative GDP, when the international community saw that, they came to the ‘rescue’ of Haiti. Between the multilateral organizations, the bilateral organizations, and foreign governments, a total of 12 billion dollars was pledged to rebuild Haiti. Former President of USA Bill Clinton and the former Prime Minister of Haiti Jean Marc Bellerive were in charge of these funds; and you would think with 12 billion pledged, Haiti should at least be at the same place it was prior to the earthquake.

What they didn’t see coming in all those aids was the unintended consequences of all that aid that comes in the form of donation and the negative impact it had on local businesses and also the economic situation of Haiti in general.

For instance, a brand-new hospital that was inaugurated a couple of months before the earthquake, when the foreign doctors came in, instead of partnering with this brand-new hospital they went around and start their tents and started providing health care. Don’t get me wrong; it was a well-needed service. It was entirely overwhelmed when I was in the streets of Port au Prince to see so many people needing so much help. So, these foreign doctors were helping, but they did so without the corporation of the local hospitals.

My co-author, Jacqueline Klamer and myself interviewed a delightful gentleman. His family owned a soap company, and after the earthquake the United Nations brought in over 50 million dollars of soap and soap substitute all at once, and in just a few months his company went out of business, with massive job loss. Another friend of mine who manufactured over the counter medicine in Haiti had a brilliant idea to start a hand sanitizer line into his business, well when all the free hand sanitizers were starting to come into the economy he had to shut down that line; more lost in job for Haiti. And you name it: backpacks, medicines, school supplies any product you can think about, those NGOs were bringing them for free and distributing them into the economy. Who can compete with free?

The NGOs invoked many reasons they didn’t buy more from the Haitian businesses:

Well, when you think about this, the discussion about foreign aid is very polarizing: on one side you have a lot of different people advocating for foreign assistance like Bono; and on the other hand, you have people who think that foreign aid doesn’t work. Well, there is a reality in between.

In the year 2010 when the earthquake hit Haiti there were over 230 billion dollars that came from the developed countries to the developing nations. Out of that 230 billion dollars only 1% made it to the developing countries. After the earthquake, of all the USAID money only 1.6% made it to private businesses in Haiti. Even President Bill Clinton admitted in the media that 50% of foreign aid never leaves the United States.

The sad reality is many developing countries like Haiti and many others in African countries like the Republic Democratic of Congo etc, are using aid as a strategy for economic development.

In the meantime, over 1 billion people have been risen out of poverty in the last 20 years mainly because of entrepreneurship and private investment. For instance, when you compare two countries: Haiti and Dominican Republic. After the hurricane Hazel in the 50s the American Red Cross moved into Haiti with the intent to help people rebuild their lives and since then it was a floodgate of NGOs that come and install their operations in Haiti. Well that model of NGO became the default model of Haiti for the long term. Whereas the Dominican Republic, our eastern neighbour, went on to rebuild their lives and focus on rebuilding infrastructure and a conducive environment for more businesses to be create toward long term economic progress and job creation.

Businesses and private investment work, foreign aid doesn’t. That has been proven over and over. So, the questions that can be asked today is what can we do?

There are four different things that NGOs can do to help the economy:

When they don’t embrace the local economy, it prevents new businesses from being created because the foreign product that has been donated to the economy makes it impossible for businesses to pursue opportunities by cluttering the entrepreneurial space.

The second thing they do is they compete with existing businesses within the economy. No wonder why the economy of Haiti would not progress because there are too many obstacles.

There are top 3 three country killers in the world present in all of the countries I have studied and have travelled to all over the world.

The second country killer is corruption; sessions are organized in the Haitian Parliament in Haiti about the Petro Caribe money being ill- managed by the leaders back then and you will see immediately when you travel to different countries that the countries that are poor are also corrupt and I am talking about the countries that made it last to the corruption index and you would see countries like Nigeria, Haiti, Iraq. Demonstrations are being organized regularly to demand explanations of how the money has been spent.

So, the relationship between corruption and economic development is very close. The last thing that was identified as a top country killer is foreign aid. No country has made it out in progress with foreign aid; that doesn’t exist and is not sure it will ever exist because foreign aid is not an economic long-term plan. Foreign aid is simply a tool to help in the short term. It’s not a financial plan designed to take a country out of poverty.

How can NGOs help because they are here, they have the most amount of resources, and they are well connected. The first thing they can do is to stay away from the entrepreneurial space.

There are four different reasons/categories describe a complete entrepreneurial opportunity:

The last aspect to complete an entrepreneurial opportunity is if the opportunity cost of individuals when pursue other endeavour.

When the entrepreneurial check points is completed, NGOs should stay away from that as much as possible and leave the way for private businesses that have been proven to get countries out of poverty to move in and pursue those opportunities profitably and satisfactorily.

When these criteria are not met, and the entrepreneurial opportunity is not completed they can go and help in that sector but they have to get out as the sector has become more viable. And there are some specific tests, and studies that can be done to prove these facts.

I don’t know why people don’t understand it, this is so obvious. People need work. In Haiti, over 98% of the people you interview will tell you they need a job. I can attest to you in all of those “poor countries” I visited, people need work, and the foreign aid has not proven to provide that, and until today I will tell you something even the developed countries that want to help Haiti, they focus on their private investment, foreign direct investment.

The United Kingdom last year was the largest recipient of foreign direct investment in the world. Haiti previous year only received 104 million dollars of foreign direct investment, Dominican Republic 2.5 billion. No wonder why the contrast is, there is more jobs, more businesses in the Dominican Republic because they attract foreign investment and there is less opportunity in Haiti because we draw more foreign aid. In the Dominican Republic again, the amount of FDI existed in there increased by 9.2% last year. The comparison is unbelievable, the contrast that exists within these two systems cannot be denied ignored.

What does that leave us “the poor countries”? What lessons can we learn from those? We want jobs, jobs come from businesses, businesses are the result of private investment, but we don’t have that, we have foreign aid. So that’s why today we started all these movements in Haiti. We started the 100k Jobs Haiti movement as a way to bring the attention of all the communities, the government to focus the attention of what is the most needed: jobs. There are no better things in the world than jobs. President Ronald Reagan said that ” the best aid in the world is a Job.” You cannot help someone indefinitely. So, we have to think innovatively of how we will transform that foreign aid that is a liability into ways that will support the private sector and businesses instead of derailing and destroying it.

So, when we started the 100k jobs, it was a way to bring together all those actors to think strategically how we can combine all these resources to bring an improvement in the condition of living of the citizens in Haiti.

We also started a movement called ” Buy Haitian, Restore Haiti ” to help the NGOs understand that they cannot operate into the country by ignoring the economic system and also there has to be understanding of the difficulties of the challenges and work with different actors to solve them.

No country has ever gotten better on foreign aid. All the countries that have done better so far, they have done so with the help of private direct investment.

djlhaiti, 3 years ago 8 min read
From Aid to Trade

Happy to discuss education and progress in Haiti. See you there ! https://t.co/BHfk7AUmGh

Amazing news! My 2nd book, From Trade to Self-Sustainability, has been adapted for the new Masters of Science in… https://t.co/X4YGXEBney

The end of Haiti's problem is not for tomorrow | Daniel Jean-Louis https://t.co/kS3sbDEEV5