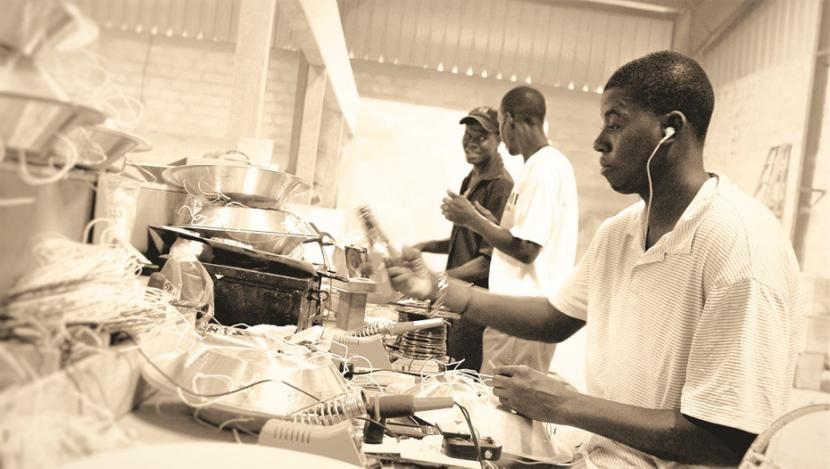 Foreign aid has increasingly become part of modern-day reality. The interconnectedness between various continents and countries of the world have made it more prevalent in today’s world. Especially as resources are not evenly produced and distributed among countries, and countries aren’t evenly developed. Foreign aid is usually given through donor countries or donor organizations. The organizations could be run by governments, private institutions or individuals. More often, these agencies are used in transferring foreign aids to poor countries. Some examples are the European Union, the Red Cross, and the World Bank among many others.

Over the past 50 years, more than 1 trillion dollars has been given to Africa in terms of foreign aid donation, yet the level of underdevelopment in Africa is alarming. Many communities still live in abject poverty, a lot of countries in the region are plagued with famine, and many of their economies are worst off. This begs the question what happened to all that aid? For foreign aid to be effective in these countries, foreign aid agencies must utilize the appropriate steps in ensuring that the aid achieves its set goals. Below are some of the actions that can be done to help break that cycle:

Foreign aid agencies should play a central role in countries where aid is being granted. Donor agencies should grant aid to governments willing to develop the institutions for social services that can improve the life of their citizens. A lot of oversight and control should be exercised when granting aid to ensure that the funds are being put directly into developmental activities, rather than granting funds to project that benefit only a few elites. This includes standing up against corruptions, rigging elections and unsustained economic policies that only benefit the wealthy.

They can do this by setting methods and requirements that help determine how effective a development program is for the people; they can scrutinize carefully the proposal being brought by government agencies to determine if there would be any direct impact in the economies of these poor countries. More importantly 90 % of the aid need to go directly to programs implemented on the ground.

Many developing countries are strife with corruption and political instability. This leads to foreign aid been squandered and shared among a few political elites. It is therefore not surprising to see President Trump cut down on the amount invested in foreign aid. Many recipient countries squander these funds without being held accountable by their citizens. In Zaire (today Republic of Congo), for example, President Sese Seko used Foreign aid funds to construct 11 presidential palaces, regardless of the alarming living conditions of the average Congolese. Building palaces seemed to satify his ego; foreign aid made such non sense possible. The Congolese people have been worst off. In many other countries, aid money is used to build expensive capital cities that benefit only the ruling elites. Examples are Lilongwe in Malawi, Abuja in Nigeria and Dodoma in Tanzania.

In ensuring the effectiveness of aid in third world countries and ensuring that these funds are used for their intended purposes, donor countries should have more effective measures of scrutiny over the way the funds are being utilized. They should monitor the funds from disbursement down to utilization. This will ensure that aid money is injected into the economy and not just funding the ostentatious and corrupt lifestyle of third world politicians.

More often, only a small percentage of funds pledged by donor countries are actually received by the intended recipients. This situation makes it difficult to execute the projects that the funds are meant to be used for. Another frequent occurrence is that usually, the mode of disbursement is too cumbersome and lengthy; this, in turn, leads to too many projects being failed to be completed within the time allocated.

Aid agencies should ensure that the documentation to access funds already approved should be less cumbersome, and they should also work hand in hand with donor counties and local organizations to facilitate the timely disbursement of funds to the recipients, so it can be used in the timely execution of approved projects.

When aid is given to countries, especially in a time of disasters and in the form of humanitarian aid, a lot of businesses are destroyed in the process leading to long-term unemployment in the affected country. In Haiti, during the crisis in 2010, a lot of businesses were forced to shut down due to the influx of goods in the form of aid. This led to the death of a lot of businesses. When the aid stopped coming in, many people were already put out of their jobs and businesses were already shut down. This had a severe economic impact in Haiti as the unemployment rate went up. Similarly, in a report by George Dunlop, Chief of staff of the Senate Agricultural committee, he noted that many Indians died of starvation because of the wheat dumped by America that bankrupted thousands of Indian farmers.

The foreign aid granted should be harmonized to work in tandem with local business realities in order not to leave a devastating effect which will be counterproductive to the goal of the aid in the first place. Aid should help create businesses that can impact the economy in a good way.

It is the usual practice that aid givers decide the type of projects they are willing to support and donate or grant aid to. They, thereby, encourage poor countries to specific projects in order to have access to funds; this practice leads to the implementation of projects that have no relevance on the economic or social reality of these poor countries.

These practices will not only ensure the effective utilization of Foreign aid, but it will also lead to the institutionalization of systems in these poor countries reducing the need for more aid in the future.

References for this article are found in my book ‘ From Aid to Trade’. Click here to read the book .