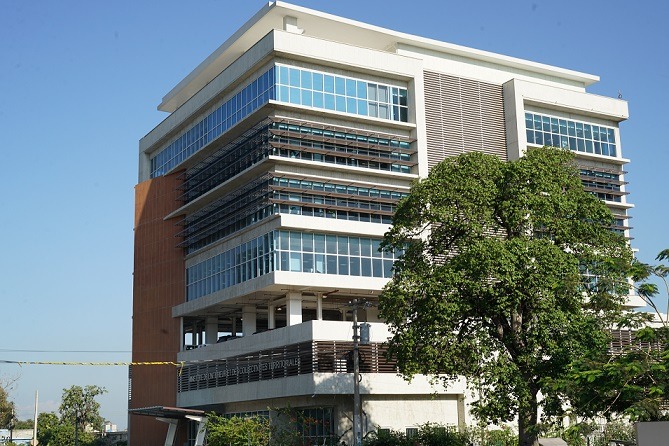 An institution can be defined as an “establishment, foundation, or organization created to pursue a particular type of endeavor”. You could also define institution as a “mechanism of social order”. Think of an institution as the “foundation”, the “environment”, or the “glue” that holds a country and an economy together. Institutions are a plenty. Businesses, non-governmental organizations, the legal system, the police force, a central bank, the office of the presidency, etc. are all institutions. Yes, a single individual in an office is an institution. In this piece, we are highlighting the role of government institutions in Haiti’s growth more specifically.

Evidence of the Importance of Institutions

There is a lot of evidence from studies, both theoretical and empirical, that show the importance of why strong institutions matter in the fight for strong economic growth. I won’t get into the intricacies of the studies or the empirics behind them, but I will share some of the findings.

Dort, Meon, and Sekkat (2013) found that investment increases economic growth more in countries with high institutional quality than in countries with defective institutions. The results are driven and measured by metrics like government instability, corruption, and rule of law.

Furthermore, goal 16 of the United Nations’ Sustainable Development Goals is titled Peace, Justice, Strong Institutions. Did you know that among the institutions most affected by corruption are the judiciary and the police? Is this true of Haiti? Can weaknesses in these institutions help explain why Haiti doesn’t have robust economic growth? This is one of the Sustainable Development Goals because strong institutions create trust between a government and the people, a central bank and investors, and a judicial system and a police force, for example. The interconnected web of relationships in Haiti that need to be stronger, more trusted, and more equitable is a long list. Strong institutions also help bring together the “haves” and the “have-nots”.

Thinking about weak institutions in the real world

So, how do you quantify or define a strong institution? Think about it… if people engage in bribery or don’t get prosecuted for their crimes because there is corruption in the justice system, what discourages future crimes? If a government employee takes aid money and keeps it for himself or funnels it where it doesn’t need to be, the people don’t see the benefits and international aid bodies will consider wrongdoing like that in the future. Using the World Bank’s Doing Business Report of 2019 that just came out, Haiti has come out as the worst ranked country in the world in terms of investor protection. If there is no trust (if the institutions involved in investment aren’t strong) why would anyone want to invest… and we know how important investment is.

Property rights ensure ownership, the ability to legally and transparently buy and sell the asset in a market, and insulation from corrupt officials or criminals. This is important for economic growth and for a strong economy. But, legitimate property titles are often non-existent in Haiti, and even if they do exist, they conflict with other records or titles for the same property. It can also take months or longer to even verify titles. These are all examples of weak institutions, and Haiti has a lot of them.

How Does Haiti Strengthen Its Institutions?

I have laid out some evidence from economists and have given some practical examples of what weak institutions look like in the real world. How does Haiti get to a place where its institutions are strong, and how long will it take? I have four suggestions or steps that can be taken that will lead us to having stronger institutions. One is to have people of credibility in institutions. This won’t happen overnight, but it starts with educating our young people, speaking against injustice, speaking up for truth, and training the leaders of tomorrow to have integrity, step up to the challenge, and be confident to work towards position of power or influence. The second thing that needs to happen is for the public to be informed. We saw an example of that with the Petrocaribe scandal. What started out as a hashtag quickly spread like wildfire and took Haiti by storm. Today’s interconnectedness online and ability to share information will make this the most easily attainable. It is already happening, and transparency further discourages bad behavior. The third suggestion for Haiti is to encourage peaceful, but contestable elections, while the fourth and final suggestion is applicable to the international community. Institutions in Haiti need oversight and accountability. The institutions themselves (the central bank, government, judicial system, committees, etc.) need to humble themselves and welcome it. This would create a stronger Haiti.

There are of course direct effects of stronger property rights, a fair justice system, a police force that works for the badge and the force, and institutions in general that are fair and do the right thing. But, there would be additional effects of having stronger institutions. Creating stronger institutions would lead to more dense data for economists and policymakers and would allow oversight and policymaking to be flexible and Haiti-specific; dense, up-to-date data is hard to come by. Strong institutions create trust. Strong institutions can happen in Haiti, which will in turn matter in the fight for strong economic growth, but as for how quickly it can happen, there is no exact answer. I can say that Haiti does not carry the same burden as more resource-rich countries in sub-Saharan Africa. These countries have historically faced an uphill battle in combatting weak institutions because resource-rich countries have built in conflict, something of value, and an incentive to fight for de facto political power.

Government ensures policies are applied. They are crucial to implement rules, regulations that foster economic transformation. Countries with weak institutions are likely to lag behind and dwell in practices that breed more poverty than wealth. Having reliable and working institutions can simply mean being poor or wealthy. Just simple as that. In the end, I think that this is one of the more looked-over policy focuses when it comes to creating growth because it isn’t necessarily an exciting policy topic. However, that doesn’t make it any less important.

djlhaiti, 3 years ago 6 min read
How Haiti could be open for business

djlhaiti, 3 years ago 11 min read
How Haiti could be open for business

Same to you. I have been extremely busy turning around one of the largest ministries in Haiti. It’s taken all of my… https://t.co/rrLaWJFDVO